When the man handed him the keys and took off, no one expected Prince-Cadet Jason Montagne to act like a real admiral, least of all himself. Terrified of what might happen if he failed, he was determined to do anything (even impersonate a Confederate admiral) to succeed.

Bugs, battleships and blaster-fire will turn out to be the least of his worries. Ship-wide mechanical failures, assassination attempts, and every young man’s greatest fear are just a few of the landmines the paranoid young college student must navigate if he hopes to avoid disaster.

But with the galaxy’s oldest junior lieutenant in charge of Engineering, a conniving young Intelligence Officer as his second-in-command, and barely half the crew needed to man the ship (the untrained, undisciplined half), the biggest threats may prove to be those closest to him.

Then again, just how much trouble could he get into in a week?

Before long, the question everyone will be asking is: Admiral Who? 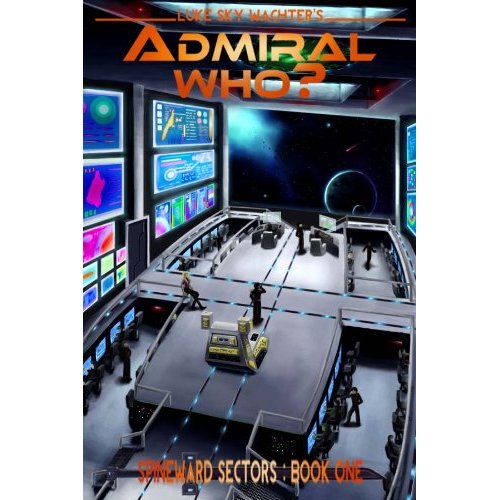