Bound, Tortured and eventually Gagged during the trial of his life, it soon becomes abundantly clear that no one wants to hear what Jason Montagne (the media’s newly minted ‘Tyrant of Cold Space) has to say in his own defense. Pirate kings, power-hungry ambassadors and scheming sector officials are all determined to bend him to their will.

With the deck stacked against him at every turn, Jason Montagne prepares to throw himself in front of the firing line, this time to save the ragged remains of his loyal crew. Convinced he is a complete and utter failure as an Admiral, he is determined to not fail his loyal men and women again.

Unfortunately for the Little Admiral and the Government that would turn him into a convenient scapegoat, a certain old Engineer isn’t concerned with anyone else’s agenda. His beloved Clover is missing, and he’s got a bone to pick with the man who lost her. As far as he’s concerned, facing overwhelming forces on an impossible mission is all in a day’s work for a man who has already spat in the demon’s eye. 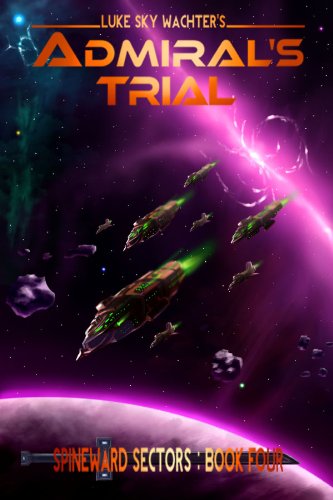