When he set course for ‘civilized space,’ Jason Montagne thought he’d finally be able to take a deep breath and hand off sole responsibility for patrolling the border of known Space to the ‘real’ Confederation fleet. Unfortunately, things ‘back home’ in Sector 25 were in even more turmoil than he could have possibly imagined.

When an old friend of the family is caught red-handed in the act of piracy at Easy Haven, and is armed with a ship that outclasses Jason’s Lucky Clover by every measure except sheer bulk and ability to absorb damage, the Little Admiral is faced with a choice that could have consequences felt throughout the Spine.

The continuing Bug Menace hangs over the Tracto System like a genocidal plague, and piracy is on the rise as news of the Imperial withdrawal spreads like wildfire among the eight Confederate sectors which make up Admiral Montagne’s neck of the woods.

With the border going up in flames, Jason and the crew of the Lucky Clover will have to deal with a whole host of new problems including slipping morale, ingenious pirates, backstabbing cousins, a family reunion you wouldn’t believe, and the loss of those the Little Admiral has come to rely upon most.

Before long, the question everyone will be asking is: Admiral Who?

If he does, it will be forever remembered as the Admiral’s Gambit.

Find the answers in this second installment of the Spineward Sectors Series: Admiral’s Gambit 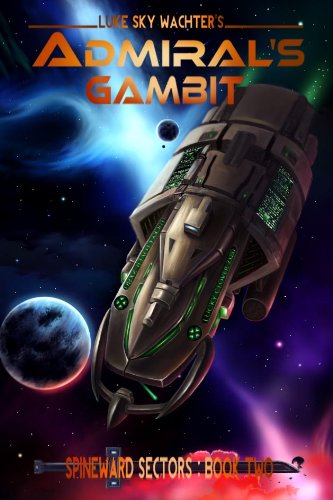